A downloadable game for Windows

Welcome to the Deathless Boreal

DENIZEN is a story driven lore-heavy First Person Shooter with focus on mystery, character interaction and puzzle solving. You will become Professor Sylvius Reko, the resident expert on Science and Occult Studies at the University of Helsinki, Finland.

Sylvius has become obsessed by a theory that there exists a “hungry dimension” parallel to our own which throughout history has swallowed up people, things and even places. He has studied hundreds if not thousands of cases dating from earliest antiquity to the present day (September 26, 1988). He’s published two books and gives somewhat controversial lectures on the subject.

Recently Sylvius’ obsession has reached fever pitch. He believes that through his efforts he has discovered the exact geographical location where the border between this dimension and our own is thinnest. Against the advice of his peers he has used all his research funding to finance an expedition to the Gehensk Autonomous Okrug in northeast Russia.

At the dig site Sylvius becomes separated from the rest of his expedition. It is not long before he finds out first hand that the "hungry dimension" is indeed very real... Undeterred and intent on learning the truth he ventures alone into the Deathless Boreal.

Welcome to the Kepler Research Institute. Once the last bastion of hope for the denizens of the Boreal KRI is now in ruins. Once its halls were a place of safety and scientific pursuit. Now they have been ravaged by the forest's curse and the horrors of unchecked science.

You have come here hoping to gather knowledge about the curse of this forest and the monsters living in it. Kepler scientists made many valuable discoveries before they were all mysteriously killed. Now this knowledge is yours for the taking...  and like any true scientist you are willing to face both twisted abominations and opportunistic looters to get your hands on the surviving  data tapes.

This is a prototype of the game and does not represent the final product. Rather this is an example of how we want the game to work. Some systems are not present but many of them are. In this prototype you will experience:

We have had a lot of fun working on this and we hope you enjoy what we've made. We are excited to continue building the DENIZEN experience and want to hear your feedback, so when you've played the demo please tell us what you think in the forums below!

We hope you enjoy your stay in the Kepler Labs. 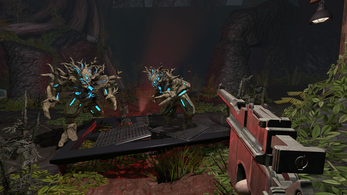 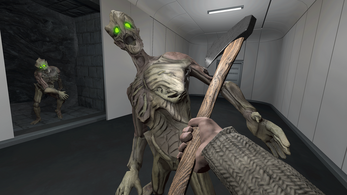 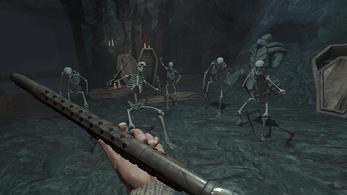 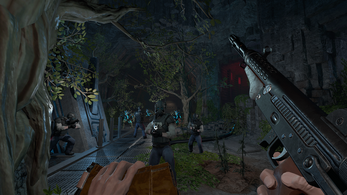