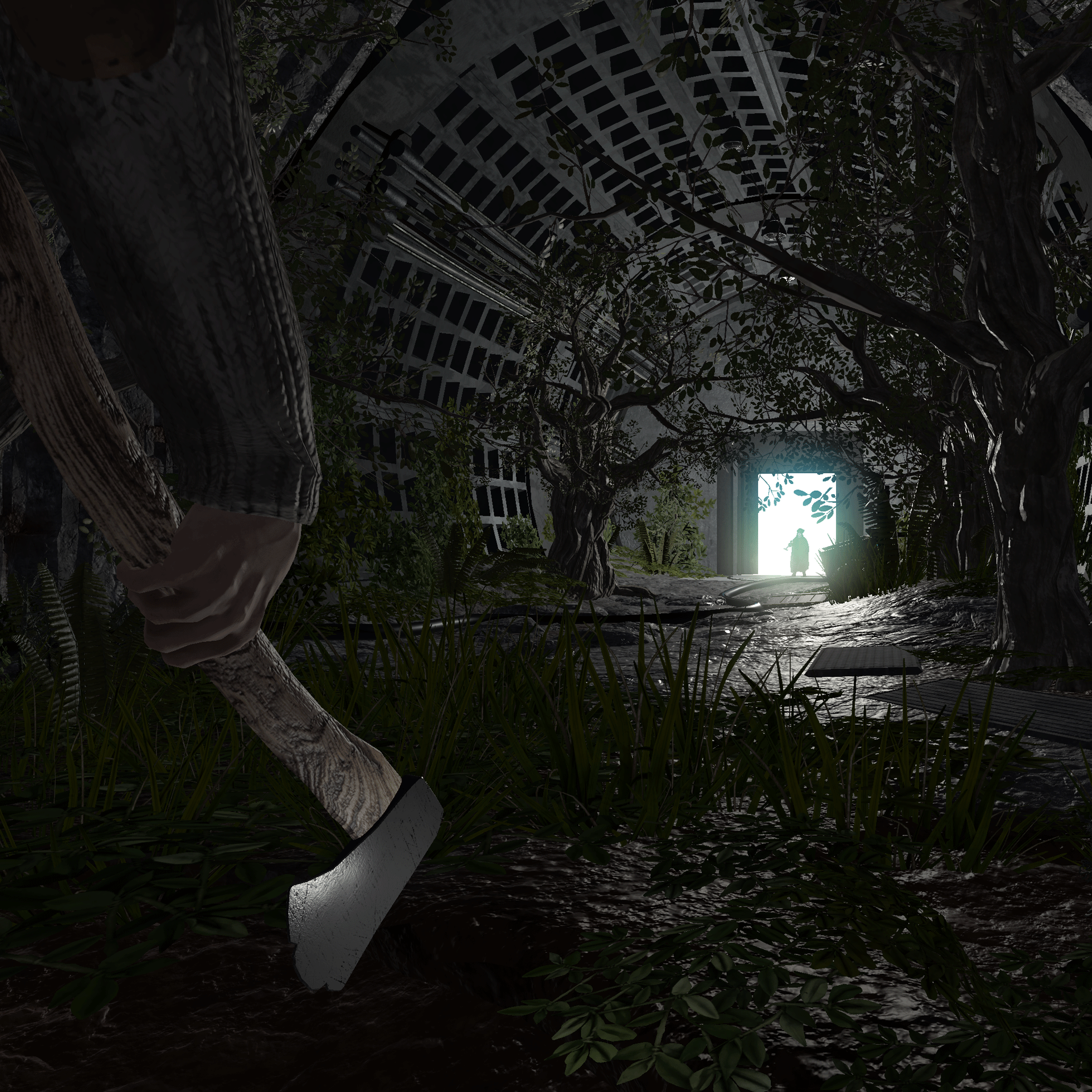 Sylvius Reko spent the better part of a decade studying a theoretical alternate reality. His tenured position as a professor of science and occult studies gave him resources and latitude to pursue his theory but could not protect him from the derision of his peers. Despite the skepticism Sylvius became more and more convinced of this second reality and his obsession only grew. He published two books and gave several controversial lectures on this subject before on September 29, 1988 he disappeared without any trace.

The University of Helsinki, Finland,

Sylvius Reko sits in his cluttered office at his desk. It’s littered with manuscripts both scientific and occult as well as shipping manifests, plane tickets, various bills of lading and his passport. He is looking over his research one last time before saving it to a floppy for travel.

It's raining and the only sound is the clock ticking and the hum of the cathode ray. Sylvius shuts off the computer. The display makes it's familiar snapping sound and hums into silence as the tubes demagnetize. Taking one last look around his comfortable office Sylvius gathers his belongings and sets out on a soggy walk to the airport.

Sylvius sits in the sparsely occupied cabin of a Douglas DC-3. Not too many travelers are bound for the Gehensk Regional Airport. He puts down his book and closes his eyes to rest. His eyes are hardly shut before he has a vivid dream. He sees the visage of a disturbing figure. It is hunched, muscular, and covered in wiry hair. The figure has the head of a deer and is running straight for him out of sleep's dark abyss. His eyes fly open, either from the fright of the dream or because the plane has hit some unexpected turbulence. The lights flicker and struggle while the engines groan. But the turbulence passes quickly and seconds later all is as it was before. A few passengers look around nervously but nobody comments.

Sylvius stands alone in a drizzle at the dig site. Excavation equipment is scattered haphazardly around as if left in the middle of work. He puts a hand to the hood of a crane and discovers its still warm. This brings him to the conclusion that his hired crew has left for lunch. He settles down in the cab of a silent bulldozer, lights up a cigar and awaits his crew's return. As he sits he watches his cigar smoke lazily and contemplates the dense forest surrounding him.

Sylvius wakes with a start and checks his watch. The dig crew is not coming. Something must have happened to them. Either that or...

Jumping down he opens his bag of instruments to perform a field analysis. The results... the results are staggering! Radiation of a kind he's never observed. The makeup of the soil is completely different than anything that should be found in this region. His conclusion: he is no longer in the same country. In fact, he is no longer in the same dimension! The strange radiation and foreign compounds in the soil are proof enough of that.  He's found it. He grows excited. The ramifications are too much to fathom. Without wasting a moment he fumbles for his instruments and plunges breathlessly into the forest. He is intent to unravel the secrets of his newly discovered world.