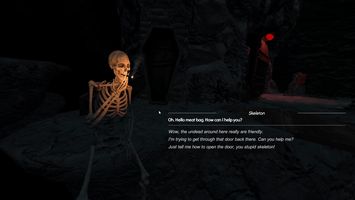 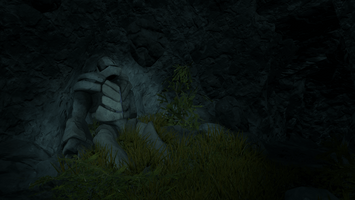 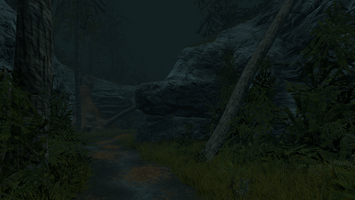 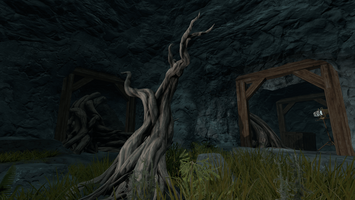 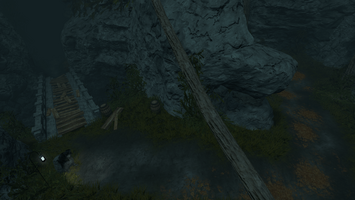 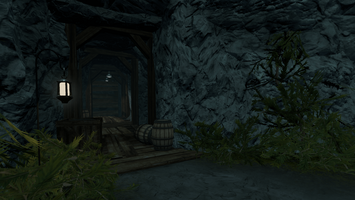 Hi there! I'm Harrison, co founder of Skunkape Interactive and I want to present to you our new game.

DENIZEN is a story driven FPS set in a grim science-fantasy world with a heavy focus on mystery, character interaction and dialogue.

DENIZEN will launch on PC, Playstation and Xbox. The gameplay is a mix of new and oldschool games alike. Denizen blends the best aspects of RPG's, Shooters and Adventure games. Between climbing around and exploring environments, Dodging enemy attacks while weaving in shots, and conversing with NPC's to uncover the world's secrets, there's something for everyone.

Gameplay in DENIZEN follows what could be called an "out of the frying pan, into the fire" format, meaning you go from one dangerous situation into another.

Example: You are in the forest and are ambushed by monsters. The gameplay is tense and the pressure is on. You manage to survive the encounters and eventually come upon the first settlement you’ve seen. The inhabitants let you in and you are relieved to have found sanctuary. You spend time exploring and talking to NPC's, but you quickly realize that the settlement is under martial law and is really not a sanctuary but a prison. Tension builds as you try to find a way out. Finally you escape the hostile town and feel a sense of relief at being back in the forest, until you hear the unnerving sounds of more monsters and remember that the forest is also dangerous, and you are in just as much trouble as before. You continue fighting monsters to stay alive, hoping to reach the next town. This cycle repeats throughout the game.

The game takes place in a cursed forest existing outside of time. As you wander trying to find a way out it starts to become clear that you are not only lost, but the forest itself is drawing you in deeper. This forest is chaotic and powerful, constantly pulling in things at random, warping and distorting both time and space. The people you meet seem to all be from different time periods. Friendly faces in these woods are few and far between. Most people are either untrustworthy, hostile or completely insane. It becomes evident that you must escape quickly, because soon it will be too late and you will lose your mind, becoming a permanent denizen of the forest. 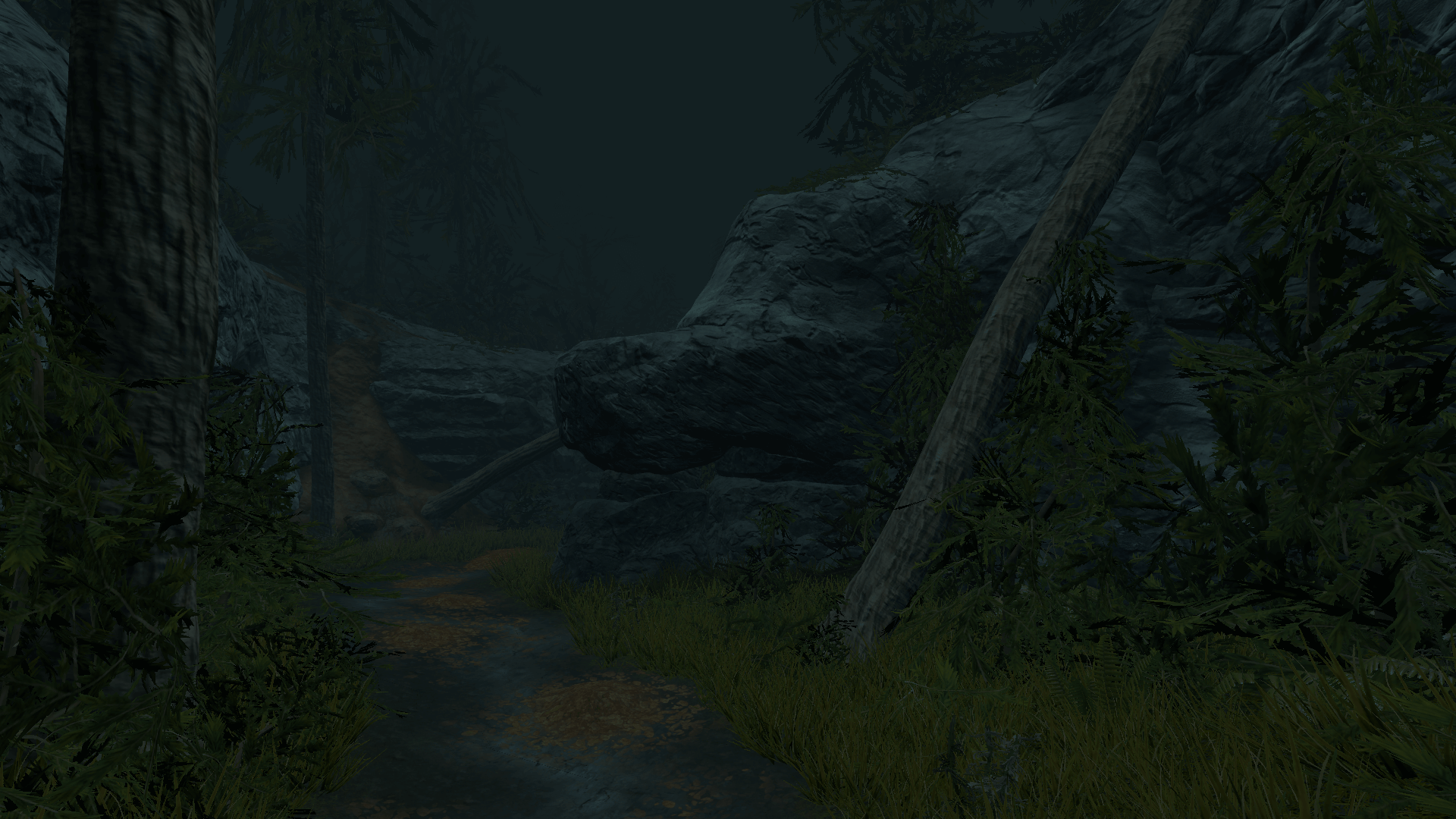 The player will encounter many NPCs all of whom have dialogue. Dialogue will be used for both giving insight into the world and providing the player with quests and role playing opportunities. Sometimes multiple responses will be available, some of which will result in a different outcome to the conversation. For players who don’t enjoy reading there will be a short path through the conversation, but attentive players will be rewarded with deeper knowledge and hints to where they can find more powerful weapons and items. 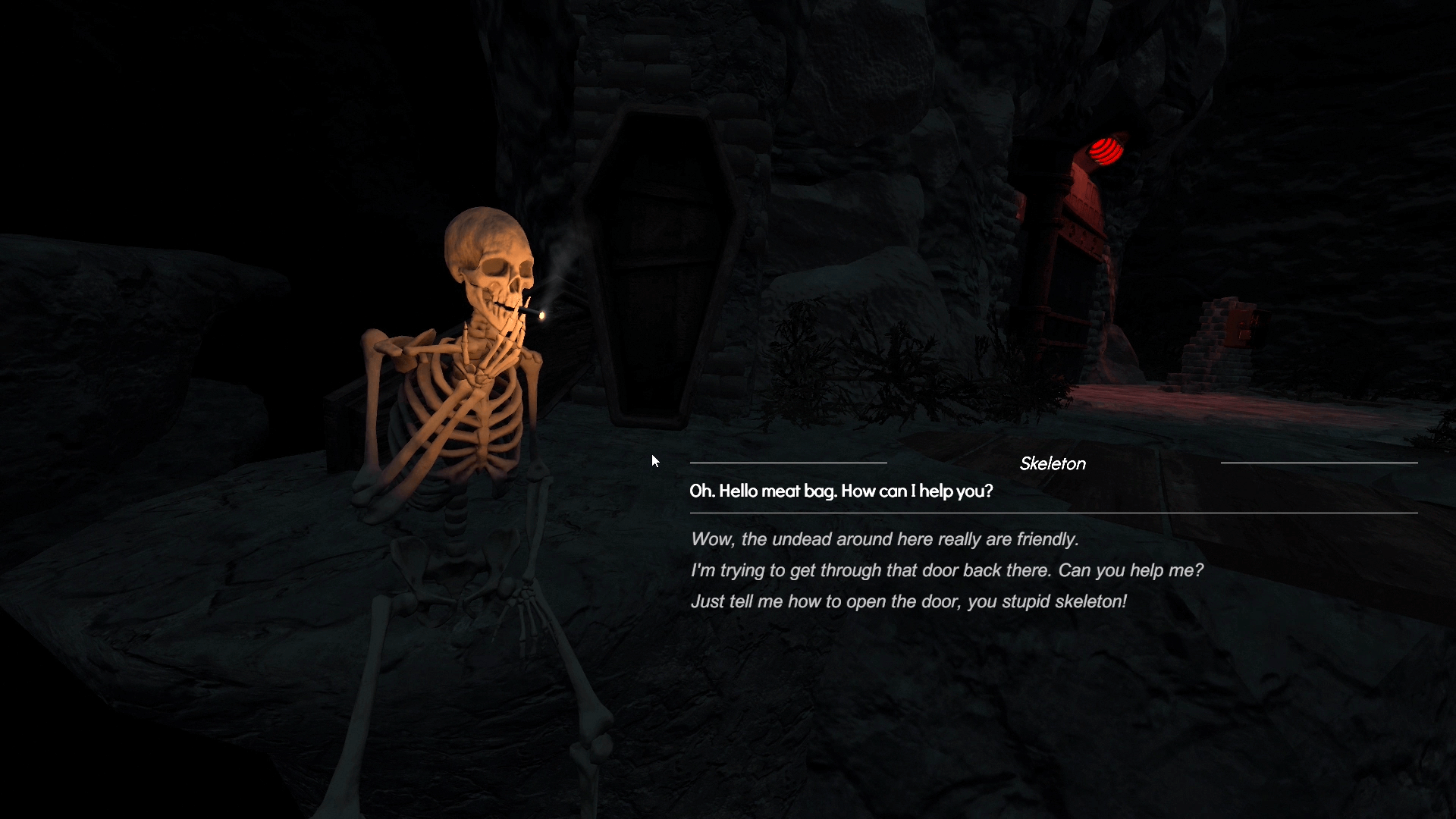 Some of our main references have been games like Metro 2033, Alan Wake, Bioshock and BloodBorne. There are quite a few other games but when it comes down to gameplay, visuals and atmosphere these are some of the most prominent influences. The Story however mostly gets it's inspiration from outside the game industry. Pulling from a variety of fables, books, shows and films. Much of the story of Denizen has been developed with classic works like Dante's Inferno, Grimm's Fairy Tales, and Alice in Wonderland in mind. Our more modern influences to name a few would be shows like Twin Peaks and Lost, and films like Pan's Labyrinth, Lord of the Rings and Princess Mononoke.

DENIZEN is being developed in the Unity Engine. We have been working in the Unity Engine for approximately 5 years now. We have a solid grasp and are constantly trying to push both ourselves and the engine. In order to make a game that will run smoothly on any hardware we are adapting techniques from mobile development. In our opinion tight gameplay and consistent framerate above 60fps are far more important than just pushing visual fidelity.

Here are some screenshots of some very early environments. Everything in DENIZEN is made in house by the 4 of us at Skunkape Interactive. The art, levels, AI and audio are all meticulously handcrafted to fit the tone and narrative. The overall vibe of DENIZEN is meant to be dark and foreboding, creating a feeling of unease in the player while constantly pushing them further down into this twisted world. 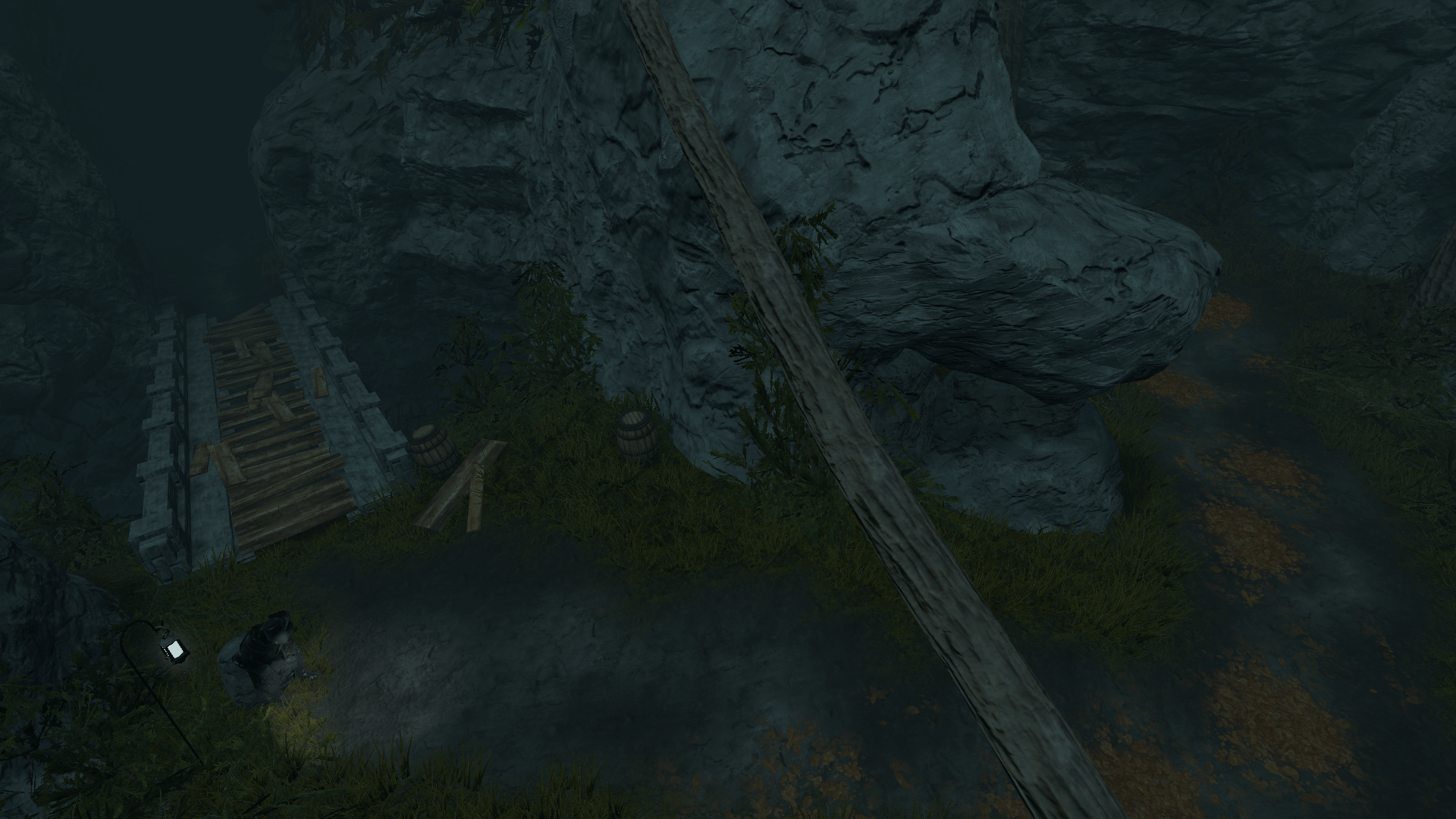 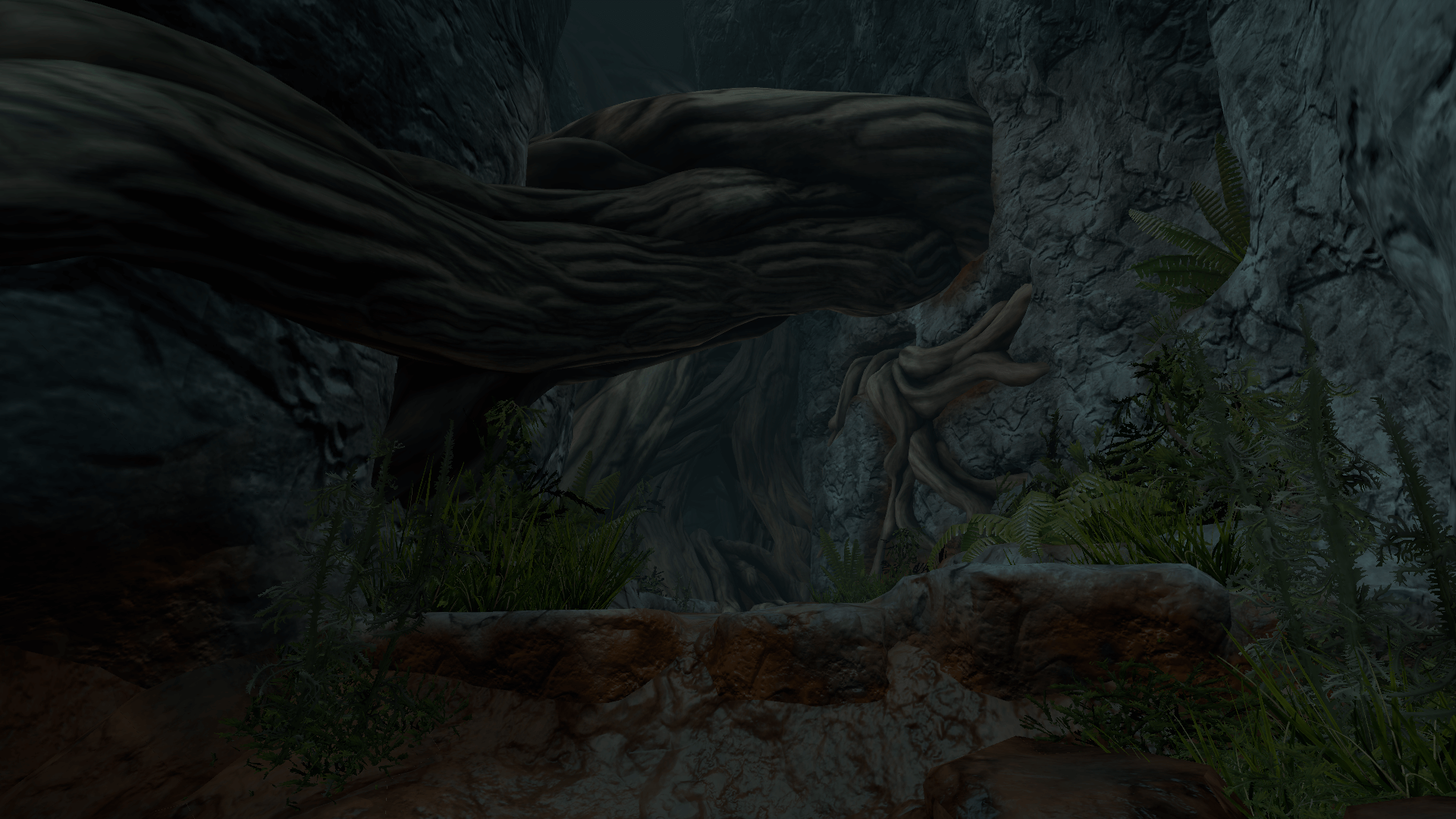 With DENIZEN we're setting out to mesh together all the best aspects from our favorite games. Right now the Skunkape team is hard at work putting together a playable demo, with the hopes of having the demo out by Fall 2017. We want to make something unique, runs on anything, and above all enjoyable.

I hope you like what you've seen so far. I'm eager to read what you think!